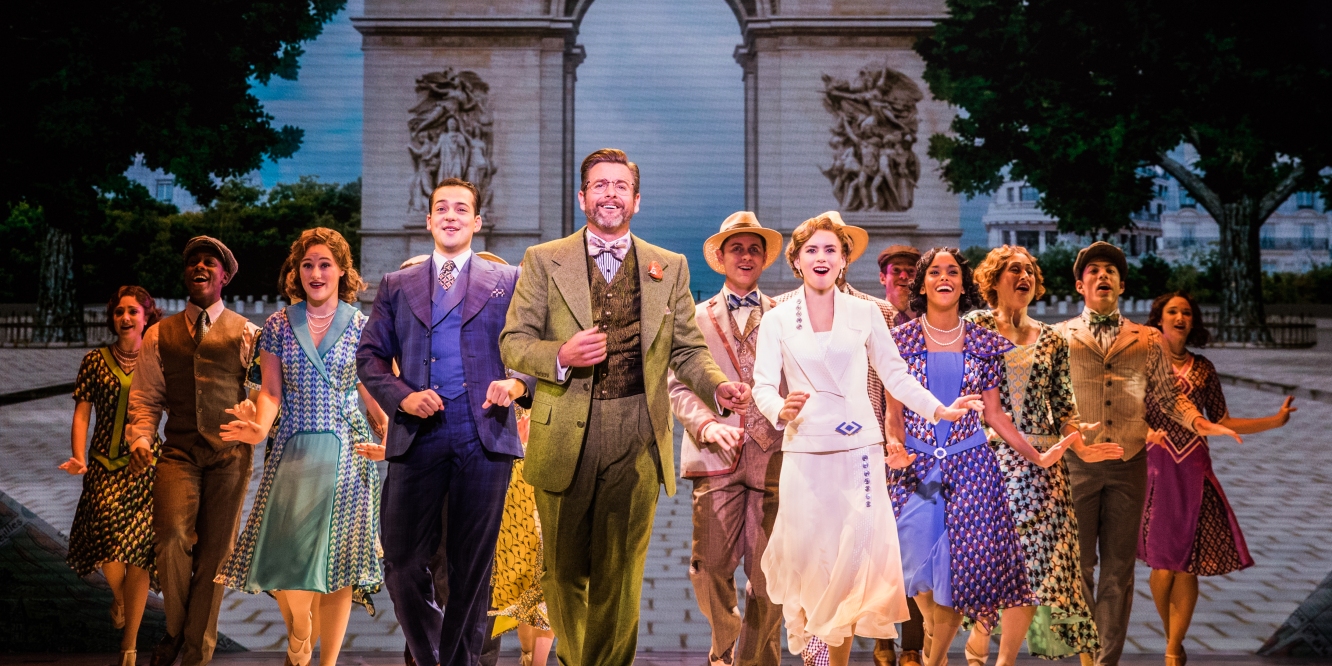 There is a wonderfully tender moment in the musical “Anastasia” when the young Russian woman reflects on one of the most magical memories of her childhood. As the dashing Russians dance on, their hearts full and their clothing fuller, an image of ghosts appear, loaded with joy and wonderment.

These ghosts, which were created when the Romanov family was attacked by the barbarous Bolsheviks who destroyed them, were part of a wonderful sequence in the show, where the young girl who suffers from amnesia reflects vividly on her past, her history.

Unfortunately, these moments are not nearly enough in abundance over the course of two-and-a-half hours of the Broadway musical “Anastasia,” a show that is heavy on history, awash in spectacle but slow in too many moments.

The show begins with a warmth and grandeur fit for a princess. It is time for Dowager Empress Maria Feodorovna to move along to Paris, saddening greatly her seven-year-old granddaughter, the Princess Anastasia. Eleven years later, in a brutal attack from the Bolsheviks, the entire Romanov family is killed. And when Anastasia (a deft Lila Coogan) attempts a return to retrieve a beloved music box given to her from her grandmother, she is supposedly shot dead.

Ten more years pass, Russia is firmly under Bolshevik rule, and St. Petersburg is now known as Leningrad. The citizens are still reeling from the blitzing of the Romanovs but are encouraged with a new rumor that Anastasia might have survived, which creates a golden opportunity for con men Dmitry (a firm Stephen Brower) and Vlad (solid Edward Staudenmayer). If they’re able to find an Anastasia impostor, they can extract money from the Dowager Empress.

It’s a great plan until they realize the auditions for an Anastasia are not as easy as they thought. A lack of talent or resemblance is in abundance, but just as they are ready to throw in the towel to their little scheme, in walks the sweet sweeper Anya, who has a severe bout of amnesia and remembers very little of her past. But the resemblance to Anastasia is uncanny, which gives both men the confidence that their scheme can proceed with Anya as their centerpiece.

The score of the show by Lynn Ahrens and Stephen Flaherty has plenty of delightful highlights. The shows first aria, the beautiful “In My Dreams,” which gives the audience a wonderful introduction to Anya and her challenges, moves in a delectable, haunting direction. And speaking of haunting, the scintillating “Once Upon a December” is maybe the best sequence of the show, a showcase of wonderful, melancholy dancing, a somber and powerful tone set by choreographer Peggy Hickey. She mixes and matches different styles of dance throughout the show, from lots of Broadway largesse to stunning ballet. This song functions in the form of multiple reprises, a tune that has subtle and syrupy-sweet rhythms that take the audience back to the darkest of days.

A technical aspect that informs the action beautifully is the projection design from Aaron Rhyne, which won the Drama Desk award in 2017 (one of the show’s few awards) and maximizes the latest in LED technology. The images that create the world are beyond bright and crisp, even fooling me at one time into thinking there was a snow machine creating that effect. Those projections also lent themselves sharply to the critical, rising action of the train escape, creating some wonderful illusions of a train ready to barrel off the rails, heightening the dramatic tension. Adding to the magnificent technical specs is costume design by Linda Cho, with pieces that are rich in color and period detail.

The subplots are charming, especially the one between Countess Lily and Vlad as they playfully engage in a musical theatre trope, when the old couple recounts their love in a charming song and dance, in this case, “The Countess and the Common Man.” Yet with so many delightful aspects that make up the show led by the score and projections, the piece’s fatal flaw is the engagement level. Terrence McNally’s book covers a lot of ground here, yet if you come in with little knowledge of this chapter of Russian history, there will be plenty to glean yet a whole lot to miss.

There’s plenty to like about “Anastasia.” There is no doubt that the big Broadway feel of a princess story will cater to many in the audience, with lots of production elements that help set the tone for the imagination. It’s a history I yearn to know more about. But more than likely, amnesia just might set in shortly after the curtain closes.

SHN presents “Anastasia”
Book by Terrence McNally
Music by Stephen Flaherty
Lyrics by Lynn Ahrens
Directed by Darko Tresnjak
Based on the 1997 film
The Word: Stunning costumes and wonderful projections are not enough to fully save a plot that darts all over the history and labors too much.
Stars: 3 out of 5
Through Sept. 29th
The SHN Golden Gate Theatre
1 Taylor Street, San Francisco, CA
Running time: Two hours, 30 minutes with a 15-minute intermission
Tickets range from $56 – $256
For tickets, call (888) 746-1799 or visit www.shnsf.com