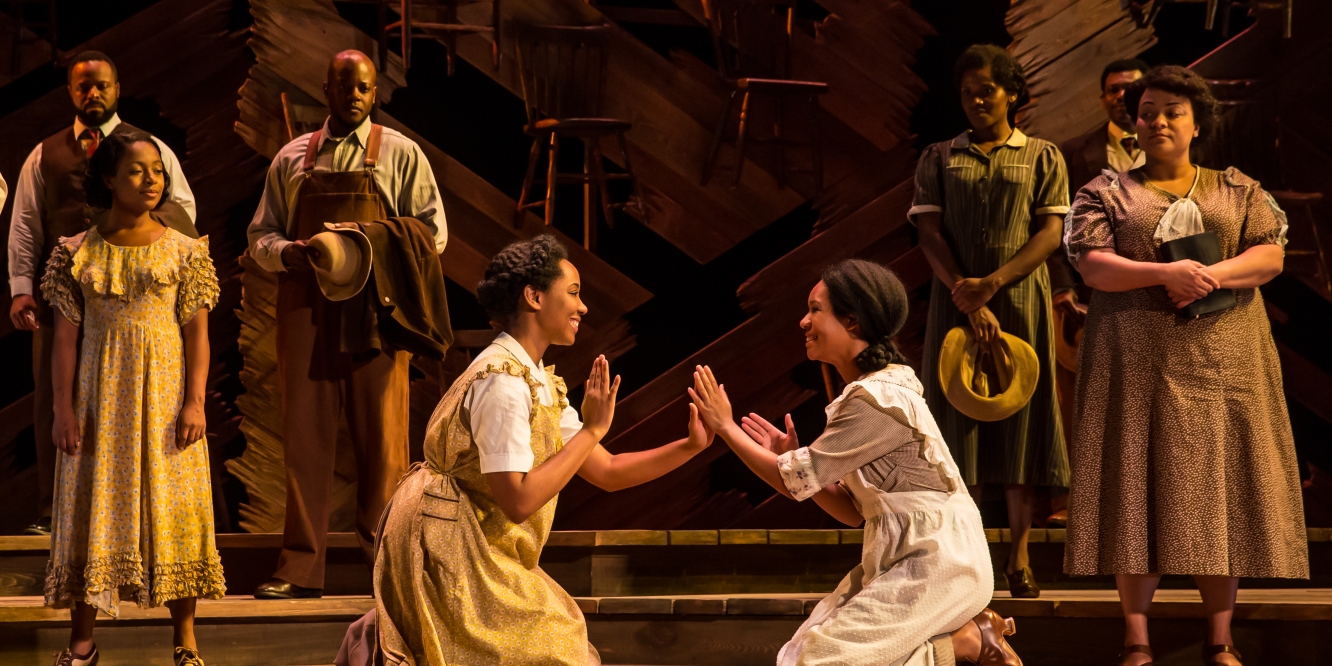 There is something so special about a Sunday morning at a Black church in the South.

More than a year ago, my family and I ventured to my brother-in-law’s hometown of Winston-Salem, North Carolina for our nephew’s first birthday. And on that trip, which found all of us engaging in a battle with our veins in the form of deep-fried everything, we attended his family’s church service at Friendship Baptist Church.

It was so incredibly breathtaking, rooted in history and tradition. Gospel rang proudly through the hallowed building where the wives of preachers were dressed in white, signifying that it was the first Sunday of the month. And the feeling of being so welcomed, whether it was at the church itself or a few hours later when the congregation recognized you during a Golden Corral brunch, was special indeed.

The first time I saw the revised version of “The Color Purple” was in New York in 2016, the same year it won the Tony Award for best revival. In those opening moments, when the gospel singer belted out the words “It’s Sunday morning, sing the joyful noise,” I was already in tears. And at intermission, I walked around like a zombie, with my legs just kind of floating, taking the rest of my body on a kind of surreal ride. This is not the same feeling I felt when I saw the original production of the national tour, a show I barely remember.

That night in New York represented one of the greatest experiences I’ve ever had in any theatre in my life.

That same revival, which has now made its way to San Francisco in the form of the national tour running at the SHN Orpheum Theatre, does not boast the grandeur of the 2005 Broadway production. And that’s what makes this particular production so brilliant and so much more memorable. John Doyle’s direction and set design, which scales back greatly with metaphoric chairs everywhere on a rustic, minimal set is so refreshing from bigger, gaudier Broadway fare. The music and story are so alive and fresh, and Sunday morning is just as powerful as it needs to be.

The story is adapted from the 1982 epistolary novel by Alice Walker, a novel that won the Pulitzer Prize in 1983. It is a story with the young Celie (a phenomenal Adrianna Hicks) giving birth to the son and daughter she had with her own father Alphonso. Those children don’t stick around long, with Alphonso cryptically letting her know he is going to get rid of them the same way got rid of the others.

When the farmer Albert “Mister” Johnson (an uncomfortably effective turn by Gavin Gregory) comes around inquiring about Celie’s sister Nettie, Celie is offered up instead. It’s a bargain she accepts unwillingly but in doing so, it allows her sister to have a shot at pursuing her dream of becoming a teacher.

Beaten down from losing children and now losing her sister, it is through the magic of entertainer Shug Avery (a wonderfully empathetic Carla R. Stewart) to which Celie’s possibilities are unleashed, both spiritually and sexually. For as marginalized as Celie and other women are in this world, Celie’s influences are powerful. In addition to Shug is the fierce Sofia (an out-of-this-world performance by Carrie Compere), whose anthem “Hell No!” is rich with power. Both Sofia and her true love Harpo (a dazzling J. Daughtry) provide plenty of the moments of levity, especially in the tune “Any Little Thing.” And you can’t forget about Angela Birchett, Bianca Horn and Brit West, who play the Church Ladies, a group of women who function as a Greek chorus, pushing the story forward and shedding some light on the town gossip with tight harmony and charming hilarity.

What’s also rich with power is the rest of the music. The soundtrack is a hit parade of heart-stopping goodness, incorporating delicious gospel music and swinging, pulsating jazz, even some tear-inducing ballads that allow the audience to gasp with awe. “What About Love,” and “Too Beautiful for Words” are phenomenal pleas for desire and self-acceptance. The leit motif sung by Celie and Nettie takes on different meanings at various parts of the story. And the final push for Celie to find herself in the title song is such an appropriate and critical moment in her journey.

And speaking of Celie – what is so wonderful about this character is how she changes and evolves. Celie, in the hands of Hicks who nails the hell out of it, moves through space as if constantly apologizing for even being there. She tilts her head and thrusts it forward, gumpily, awkwardly, shoulders pointing down. Her evolution, which zings at Mister with fury and then peaks with vicious, righteous and indignant emotion in her anthem “I’m Here” is overwhelming. Choke back those tears or let them flow – just go with whatever you need to do.

Shows like “The Color Purple,” with its commitment to a great story and greater music is a reminder why we love theatre. It’s a show that makes you feel alive and warm, not because of the ugliness the characters have to deal with, but because of the integrity and strength that rises up and soars in the midst of that ugliness.

No matter what night one may see the piece, every show takes place on Sunday morning. And that is a very, very good thing.

One Reply to “Review: Sing the joyful noise with SHN’s phenomenal ‘Color Purple’”