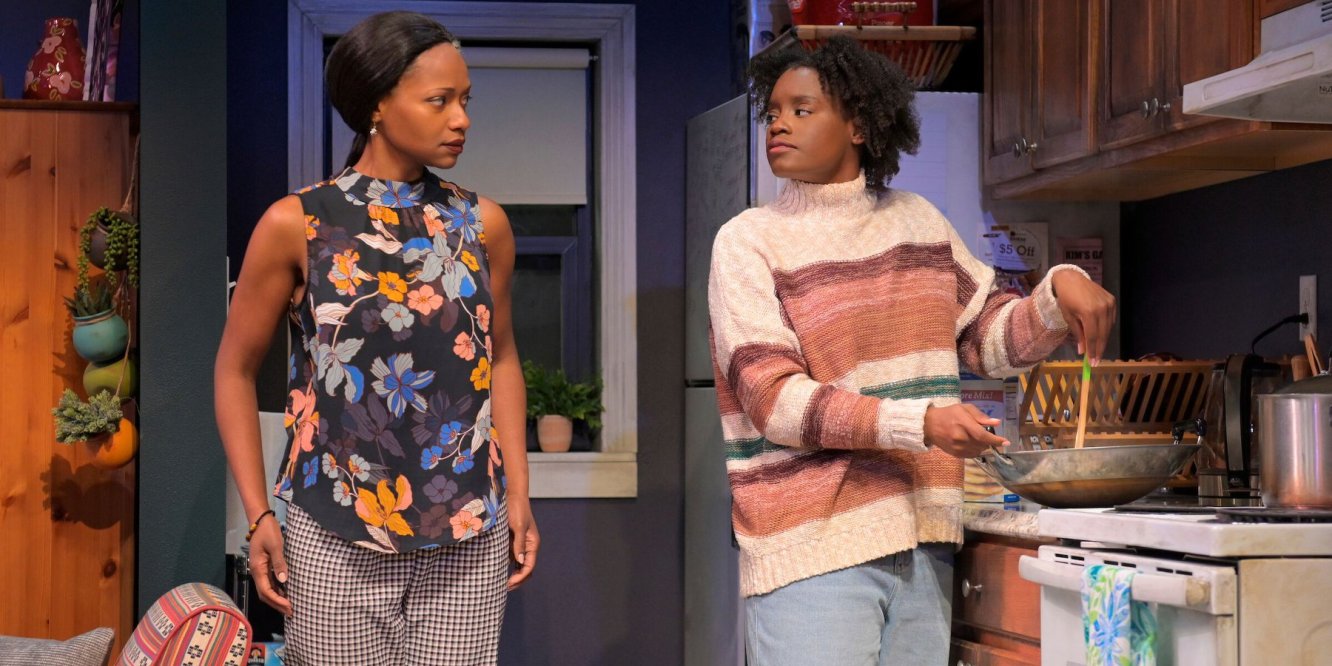 Victor Malana Maog has thought a lot about his own immigrant story with his latest directing projects, one opening this week and another which is connected and just getting started.

Maog himself came to the United States from the Philippines when he was only six-years-old. But he spent the ages of one to six living with other family while his parents came to the United States when his mother received a job opportunity. And much like the characters in “Her Portmanteau,” now running at American Conservatory Theater in San Francisco, to this day, his native land and the role it played in his past has never been very far behind.

Maog, 46, is not only directing “Her Portmanteau,” written by A.C.T. Master of Fine Arts alumnus and fellow first-generation immigrant Mfoniso Udofia, but has just kicked off his directing of “In Old Age,” another of her plays at the Magic Theatre in San Francisco.

Immigrant stories often carry the narrative of a newcomer to a foreign land, and despite the challenges in language and customs, the immigrant inevitably finds the adopted land offers more than the native one. But the reality is, that’s not always the case.

“There’s a level of the American dream or worship that is sort of part of the default of many immigrant narratives,” said Maog, a Union City native who spent more than 20 years working as a director in New York City. “One of the sensibilities I bring to that is an understanding of this call to the American dream, but I also understand the real costs involved for those who make that journey and those who are left behind.”

“Her Portmanteau” is the story of Iniabasi, a woman in her 30s, who travels to Manhattan from Nigeria to visit her mother and American-born sister for the first time in two decades. Immediately, the three women of two cultures clash and the family unpacks plenty of emotional baggage. The tight apartment fills up fast with differences in not just language, but societal and cultural barriers from people who live in two different continents.

The show is the fourth in Udofia’s sweeping Ufot cycle, which includes nine total plays that examine a family of Nigerian immigrants and their American born children. “In Old Age,” is the fifth in the cycle and opens on March 27th.

The collaboration between Maog and Udofia began in 2013 through New York City’s Playwright’s Realm, where Udofia was a fellow. To hear Maog explain those early days, it was like a blind date but between a playwright and director. And while their collaboration wasn’t always a hit at first with some incongruencies, by the end of a reading of her play “Sojourners,” they came to an understanding about each other’s questions and points of view. Through that understanding came a mutual respect and fondness for the daring they are each pursuing as artists.

What thrills Maog to no end is the richness of Udofia’s writing, and her ability to pen complicated, complex characters of color, people of multiple rights and wrongs. For Maog, these characters are a gift to the world theatre.

“I think it has struck me that while there are some very great plays out there that reflect the experiences of people of color, what can be a tendency for our medium is to flatten black bodies on stage,” said Maog. “When we dive into the fullness of a really robust character, it’s daunting for artists all around, it can be new and rare.”

Maog searched every major United States market to find the actors he felt could match the story Udofia tells in her play. He needed performers who could enter this world with no reservations, courageous artists who possessed a sense of daring. To this end, he was able to land two Chicago-based actors, Aneisa Hicks and Eunice Woods, as well as Los Angeles actor Kimberly Scott.

“The play is brutal to the actors because of all the things within the stories they have to carry and swallow in this play,” said Maog. “Being vessels for these women who are incredibly drawn characters, they are really risking many parts of themselves so that every moment, when I talk about the resonance of the stories of people of color, there are so many truths that are igniting and Mfoniso’s writing is brought to the surface.

“Our time together in rehearsal is gloriously celebratory and it’s a joyful time to launch this work, but at the same time, it is daunting.”

Despite the seriousness that the three actors and their director have embarked on throughout every rehearsal, Maog and his cast have found much joy and bonding in their process.

“When we are unearthing the human story and all its botched up-ness, when we are digging and digging, it is both fun and exhausting,” said Maog. “Our whole rehearsal process has been full of laughter, sharing food and always joking around. You can imagine a troupe of people going through a journey together heading west along the way, trying to have a good time.”