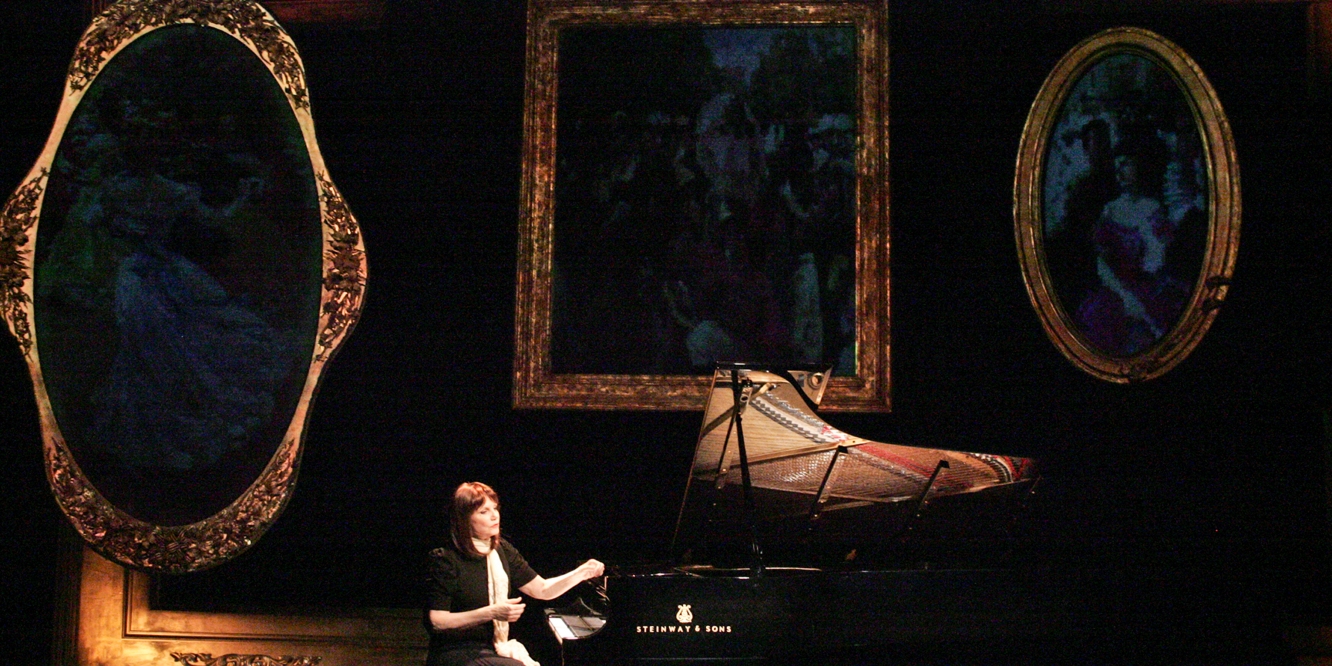 Mona Golabek received piano instructions from her mother, Lisa Jura, as a small child, but learning to play was only a fraction of the lessons she learned as she sat in front of the 88 keys. From a piano standpoint, those early lessons led to an incredible career as an international concert pianist, radio host and author.

But there was something much more powerful and unique about the way Golabek was taught. In between teaching young Mona major scales and the nuances of sharps and flats, Jura shared her incredible life story through the works of composers such as Ludwig Van Beethoven and Claude Debussy.

After highly successful runs in cities such as Chicago, Los Angeles, New York and a stint at Berkeley Rep in 2013, Golabek’s solo theatre piece “The Pianist of Willesden Lane” returns to the Bay Area at TheatreWorks Silicon Valley. The piece is directed by another renowned concert pianist, Hershey Felder, who is no stranger to Bay Area audiences. Felder has focused his own solo performances on the works of Irving Berlin, George Gershwin and Pyotr Ilyich Tchaikovsky, among others.

For Jura, who passed in 1997 at age 73, specific compositions were not just pieces to learn, but metaphors that expressed the pain and triumph of her life. Jura was only 14 when she was sent away alone from her native Austria via the Kindertransport at the dawn of World War II. More than 10,000 children who took part in those transports found themselves refugees in London, separated from their parents.

In Jura’s case, despite the hope that the children would be reunited with their families after the war, she never saw her parents again.

In the show, based on Golabek’s memoir “The Children of Willesden Lane,” co-written with Lee Cohen, Golabek plays her mother at 14 in the show’s 90 consecutive minutes. For Golabek, the memories of what each composition meant to her music and life education remains vivid.

“Playing the music in this particular show is deeply moving, and the pieces shown really move the narrative throughout,” said Golabek. “When I play ‘Moonlight Sonata’ at my piano lesson, the old world of Europe is going to lose, and when ‘Claire de Lune’ is playing, that reflects the train ride when she is escaping the Nazis.

“The music really relates to the passion of what she’s feeling, and I feel those things because the music is infused with my working and really deepens the words I say. It really becomes a transformational experience for me.”

The way Golabek learned of these horrors, through music, was wholly unique. She is the third generation of pianists who learned to play from their mothers, making piano lessons a family passion, and the perfect way for Golabek to learn her family’s history.

“I think that the music, which is such a secret arrow, softened, opened and soothed my heart,” said Golabek. “The story is a painful one of loss but it’s also a story of the triumph of the human spirit. If I would have learned my family’s story without music, who knows if I would have accepted it as powerfully.”

That story became Golabek’s life work, and her passion in sharing her family’s story is palpable.

“I think it was because my mother made those stories so magical in those lessons, so evocative, and it’s why I embraced it so deeply,” said Golabek. “I don’t know if I would have gone out there with this story if it wouldn’t have come through the music.”

The triumph of the human spirit is a theme that Golabek embraces. Her experience has become part of an educational program through the University of Southern California Shoah Foundation, which provides copies of Golabek’s book and performances to school children around the world.

With anti-semitic incidents on the rise nationwide, the lessons of Golabek and her family have taken on an extremely critical importance of late, and her resolve and belief in this country’s ideals, however challenged, are as firm and passionate as ever.

“With all the faults of this country, we are still such a great country and a beacon of hope,” said Golabek, who was born and raised in Los Angeles. “The greatness of our country is that it was founded on refugees and immigrants and anyone with a heart and soul. If we lose that, we’ve lost the pure heart of what this nation is built on.”