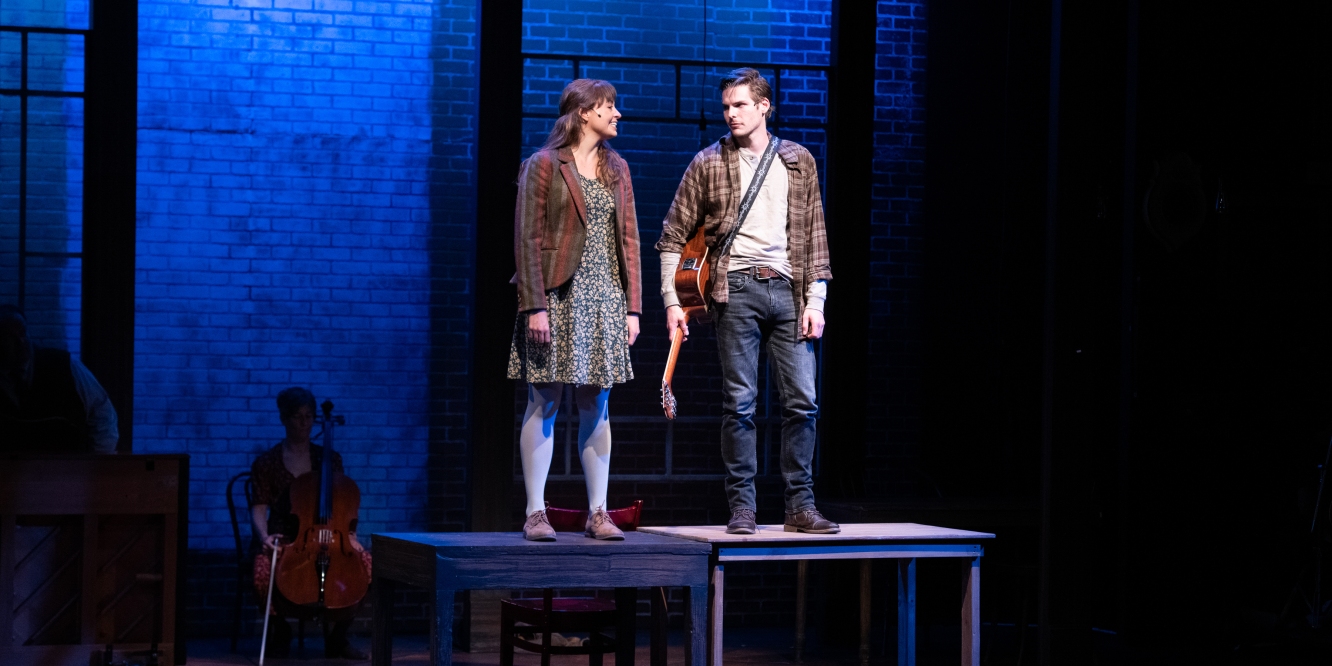 Olivia Clari Nice didn’t have any intention of repeating a role as often as she has repeated the role of “Girl” in the musical “Once.” But as soon as she got a taste of a character that requires so many disciplines, it’s been hard to let go.

After completing a run of the show in San Antonio, mere days after that production’s closing, Nice has found herself performing another run at San Francisco’s 42nd Street Moon, closing on June 30th. The Bay Area regional premiere of the show in San Francisco was chance to interpret the role yet again, her fourth time booking the character of “Girl” in venues around the country. It was too great an opportunity to pass up, especially considering it allowed her ply her trade closer to her native Sacramento.

The 2011 musical is based on the 2007 film of the same name. The story follows the Dublin busker Guy and the Czech immigrant Girl, who delve into a relationship that has some complicated layers. Theirs is a love story with reluctance, a tale in which two characters deal with major strains that keep them apart.

The show’s signature song, “Falling Slowly,” won best original song at the 2008 Academy Awards. It continued its award acquisition at the 2012 Tony Awards, where it was nominated for 11, ultimately winning eight including best musical. The show further solidified its hardware when it won a Grammy for best musical theater album in 2013.

Despite her desires to take on some newer, fresher material in her own repertoire, the pull of a role that requires so much is intoxicating, especially a role in which a performer must act and play their own instrument. It’s an opportunity that Nice will move away from eventually.

But not just yet.

“I love this character and story, and I love this trend of actor/musician musicals, which are quite popular right now,” said Nice. “On stage musicians are quite a treat and it’s fun to see how the industry is raising the bar on not just a triple threat but a quadruple threat. There’s this movement where we are redesigning storytelling and matching audience’s expectations to the magic on stage. We are on the cutting edge of that right now.”

The 25-year-old Nice has lived an incredibly varied life. She graduated from Princeton University at age 20 with a degree in Religious Studies, then worked as a professional actor in New York. Her art is a constructed hybrid of western acting technique and eastern religion, from Konstantin Stanislavski’s method to Yoga Sutras of Patañjali.

As someone who has seen and experienced immigrant communities around the world, Nice is taken by the arc of Girl, a young Czech mother living as a foreigner in Ireland.

“She has a passion for music but just doesn’t have the resources or outlet for it, and when Guy sees a person like her, that inspires him to keep going,” said Nice. “It’s not just a love story, but it shows the challenges of being a young mother, of being an immigrant and a person coming from families and expectations. The characters make choices between following your passions and remaining faithful to your duty.”

Nice will certainly move on from the role of Girl at some point. But it has been a thrill doing the show multiple times, with different directors and musical directors, each having a specific vision of the piece. But what doesn’t change is the thrill of utilizing every skill Nice possesses in her toolbox to perform in a show that still feels so fresh and unique.

“The show completely changed the view of musical theatre and what that can look like,” said Nice. “It feels more like a play with music. It’s a completely different style and a different story with music. There’s something about playing an instrument live with people on stage that requires a whole new level of trust and connection, which also changed the way I work with other actors as well.

“I’ve done the show many times, and I’m still finding new stuff, which reinforces the belief that playing a character is endless.”