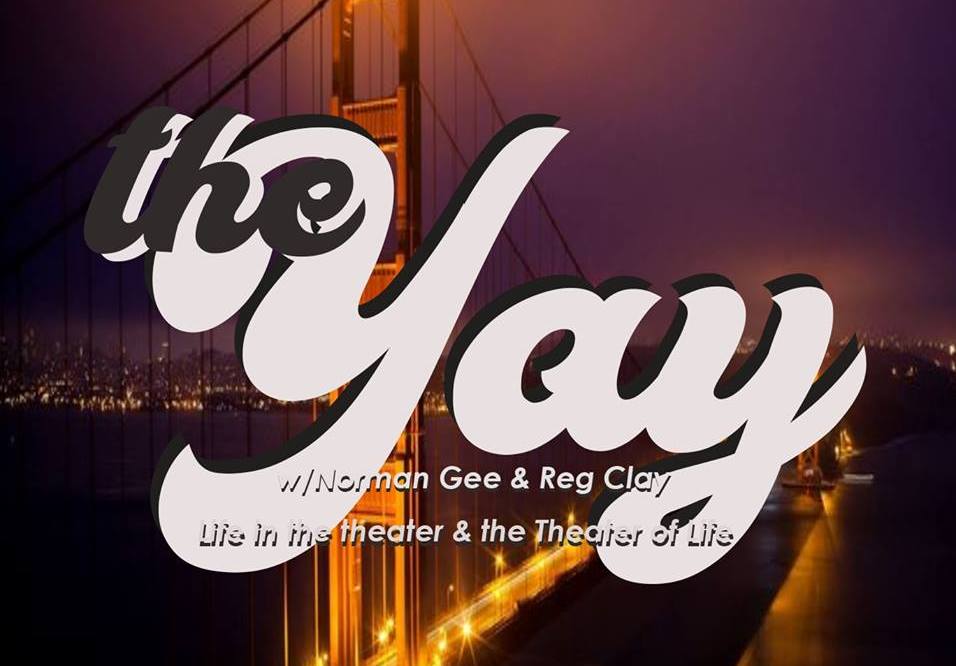 Oaklanders Norman Gee and Reg Clay are two good friends who have a lot to say.

Their friendship spans 15 years, a pairing that is bonded by their love of theatre. And that love is shared with listeners through computers and smart phones every Saturday.

“The Yay” podcast delves deeply into the Bay Area’s robust theatre scene, featuring plenty of conversations with various movers and shakers that occupy stages all over. Their podcast and friendship came from their mutual careers and experiences – Gee is an equity actor and Clay performs and does lots of sound design, acting and playwriting while also holding a day job as a paralegal.

Their conversations with guests go in all sorts of directions, and there is no subject off the table. Whether it’s speaking to an artist about the craft of theatre, the issue of paying for talent or their preferences for the 2020 democratic presidential nominee, a free-flowing chat works just fine for them.

“Life in the theater and the theater of life,” proclaims Clay with glee at the start of each episode.

“What’s fun to me is we are two atypical black guys offering different perspectives on things, and we bring that to our conversations,” said Gee. “There are some unique things we are putting out there.”

The duo taps into their deep connections to Bay Area theatre in order to fill their guest chair and many of those guests are artists of color. The podcast has been around since 2017 and has spoken to many common names and faces in the scene including former Ferocious Lotus artistic director Lily Tung Crystal, who has taken the same post at Theater Mu in Minnesota, Aurora Theatre’s new artistic associate director Dawn Monique Williams and in their most recent episode, actor Rondrell McCormick.

For both Clay and Gee, the podcast is an opportunity to really let audiences know who the performers are beyond how they do their stage work. It’s a thrilling chance to explore what each artist brings to their craft.

“When the podcast began, we didn’t plan out a discussion of diversity and cultural equality, but we spoke more about the techniques of theatre more on a technical level, and that morphed into talking about cultural diversity,” said Clay. “We never sat down and strategized that at all, but when guests started sharing, we found it was more important to talk about stories that people had, good stories and bad stories.”

When it comes to the show, Clay is the driver. He handles the audio engineering and comes in with a list of questions that he may or may not ask. For Gee, he enjoys playing a different role, finding the flow of a chat and interjecting where he sees fit.

“While Reg comes in with his list of questions and touches on those questions, I come from being fascinated about a perspective I know nothing about,” said Gee.

For Clay, giving the artist the wheel is critical for a great conversation.

“I treat it like a theatre production where the director has a concept,” said Clay. “When actors come in to give their perspective or interpretation of what the performance is, I never know where the conversation is going or what topics are going to be talked about.”

Despite their friendship and common bond, Clay and Gee certainly don’t always a agree, but always know how to get themselves to the same place.

“We haven’t really bumped heads a lot, and I always want to provide leeway for Norm to pontificate,” said Clay. “He’s as close as a brother and when you have someone who you can bounce ideas off of, you don’t always agree. Because our friendship has been going for 15 some odd years, we’ve made it where we can work together.”

Both Clay and Gee know that, even though they are the hosts of the show, it’s all about the guests. They are both keenly aware that giving each guest a chance to share their voice is what Bay Area theatre lovers want to hear.

“There’s a format we have but I generally tell everyone, ‘Listen, I may have questions to ask you but you’re in the driver’s seat and this is your platform,’” said Clay. “I have that set of questions to talk about, but I’ve thrown that away before.

“‘The Yay’ is really their show, and whatever they want to talk about, that’s fine.”

For current and past episodes of “The Yay,” click here.