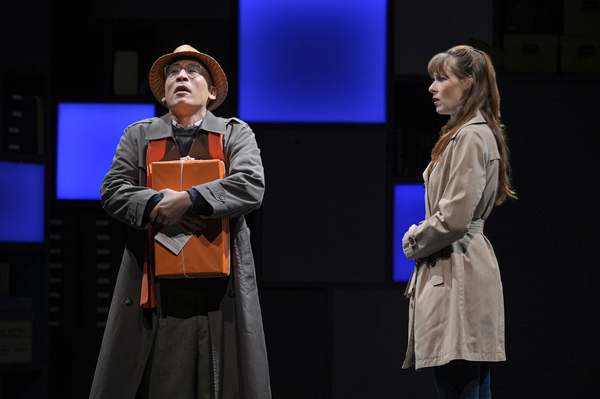 If there’s ever a time you come across a comment he makes on Facebook, you’ll know it’s him. It’s not because his name and picture rest neatly beside the comment as they do for everyone, but there’s a little bit of something extra he likes to do.

It’s his sign off after he leaves a warm comment, a way for him to add a tiny, extra sliver of his zest for people, his love of life and need to give another human a piece of himself.

That love which permeates every aspect of his life and career is an important lesson he learned from his family and late parents.

“I grew up in a home where you had to negotiate for everything, and I grew up with parents who were very explicit,” said Jue. “We can disagree often about things we feel strongly about, but family comes first, and no matter what you will always be family.”

That understanding of the ecosystem that existed in his family world led to what is now a signature sign off on social media.

“That didn’t just apply to blood relatives but anyone I share the world with. Even when disagreeing with somebody, I like to let people know it’s coming from a place of love and a reminder that we are all muddling through the space we share.”

Jue is a native San Franciscan who lives in New York City and has spent lots of time in the Bay Area recently, last seen in “King of the Yees,” at San Francisco Playhouse, written by fellow San Franciscan Lauren Yee. And in a poignant piece of his own personal theatre history, he is returning to TheatreWorks Silicon Valley for their newest production, Julia Cho’s “The Language Archive,” running through August 4th at the Lucie Stern Theatre in Palo Alto.

“The Language Archive,” is another play written by Cho which explores the ways people communicate. In this piece, the linguist George spends his days preserving and documenting languages that are ready to disappear. Yet in a touch of rich irony, his own communicative abilities leave plenty to be desired, unable to communicate with either his wife Mary, who is ready to leave him or his lab assistant Emma who feels deeply for him.

For Jue, a return to TheatreWorks is a return to where he and husband Randy Adams first met back in 1988. Adams was the company’s managing director for 22 years until 2006, and although they have been together for more than 30 years, they’ve only been married recently, choosing to wait until gay marriage was legal throughout the country.

Jue is playing the role of Resten, one of the speakers of a dying language. For him, taking the role is thrilling because of the vision of casting director Jeffrey Lo, who is also directing the piece.

“I was really struck how Jeffrey chose to cast this play because Julia Cho doesn’t require Asian Americans in this cast,” said Jue. “TheatreWorks has a long tradition of non-traditional casting for more inclusion and people of color.”

There is another reason Jue jumped at the chance to accept the opportunity. This first offering of the season is historic, being it’s the first show of the 50th and final season for artistic director Robert Kelley, at the company’s helm for every one of those seasons. The end of Kelley’s run also nabbed TheatreWorks the ultimate cherry on top of the artistic sundae, a regional Tony award presented to the company in New York City this past June.

“This particular play is a perfect way to kick off the 50th season, giving us a sense of optimism about our unique capacity to communicate and understand each other,” said Jue. “At a time in our culture when it seems to be more and more difficult to communicate with one another, I find this play really comforting.

“The play is really optimistic about the depth and breadth of what it means to love and be loved.”

Jue is beyond busy at this moment in his own history. Once “The Language Archive” concludes, he will continue filming the final season of CBS’s “Madam Secretary,” where he plays the recurring role of Chinese Foreign Minister Ming Chen. And there is the New York premiere of the David Henry Hwang/Jeanine Tesori musical “Soft Power,” directed by Leigh Silverman, a show that ran at the Curran in San Francisco in 2018. Jue will play the role of Hwang, a role he originated in both Los Angeles and San Francisco.

For Jue, every success in his life has a through line of love at the forefront. And just like characters in the play, those successes have much to do with the communication he learned in his 55 years on earth.

“My folks passed in the last few years, and when each of them passed, of course it was devastating, since my world changed in profound ways,” said Jue. “And yet, I think one of the things that sustains me is that I can still talk to them and they still talk to me in various ways. I can communicate with my folks maybe in ways that I was not conscious of when they were still alive.