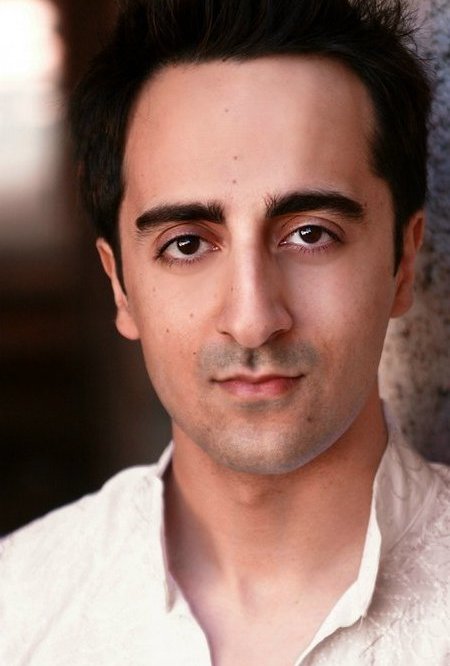 Speak to Amir Talai for any amount of time, and you will learn quickly that he is a pensive man of great conviction and passion.

Talai dabbles in many areas – acting, comedy and voice work fill up his vast resume. But he is also an Iranian-American who is passionate not only about entertainment, but activism.

Talai is featured in Berkeley Repertory Theatre’s unconventional piece on race, the West Coast premiere of “An Octoroon,” which opens Friday, June 30th. The show will close out Berkeley Rep’s 2016-2017 season, and is directed by California Shakespeare Theater artistic director Eric Ting.

“An Octoroon” is adapted by Branden Jacobs-Jenkins from “The Octoroon,” a play written in 1859 by Dion Boucicault, which looked at themes of race and slave ownership, a dated piece that played as a melodrama at the time. Jacob-Jenkins’ play keeps many of the same elements of Boucicault’s original source material, but updates the situations to make the play a thorough review of contemporary issues of race in America.

In the piece, which won the 2014 Obie Award for best new American play, Talai plays multiple roles, but ran into an issue when rehearsing – he might have been doing too good of a job. While Talai went through his normal approach to preparing a role, Ting reminded him that he was not really playing a character, but playing a caricature.

“Any time you play a caricature you worry that people are going to take the depiction out of context,” said Talai. “My job is to play the caricature and let it exist in the context of the show, but if someone doesn’t appreciate or take time to understand the whole context of the show, my depiction could actually be more damaging to our sort of conversation as a community about race.”

Conversations are a huge part of what keeps Talai going. Born in San Francisco and graduating with a degree in mass communications from the University of California, Berkeley, he has used his platform as an actor for advocacy, speaking out when he deems it necessary. A performer who has more than 100 film and television credits to his name, Talai also spends a lot of time volunteering for organizations such as Campaign Zero and the Story of Stuff Project.

For Talai, the opportunity to perform in “An Octoroon” aligns beautifully with his own vision of the power of theatre.

“My goal of doing this show is to help be a part of a productive conversation on race,” said Talai. “And I worry that someone can take it the wrong way and that I can be doing damage. That’s my biggest fear and biggest challenge, having trust that it will end up being a positive and will have a positive effect.

The structure of Jacobs-Jenkins’ piece, according to Talai, lays bare some of the ways in which slavery and racism has existed and has been depicted, which aren’t always the same thing.

“When we see a movie about slavery, we think of it as a story, but this show is presented in a sort of in your face way,” said Talai. “It makes you as an audience ask why you’re watching this show, and for me, doing a show like this makes me look at how can I help create these conversations.”

“Whether it’s a male speaking for a female issue, or a white person speaking in support of Black Lives Matter, we are going to say the wrong thing. It’s going to happen, and we have to be prepared to apologize, learn from it and move on. That is what this show is for me. I have no experience with anti-Black racism but I’m participating in the conversation because it’s important.”

These conversations were harder for Talai to have in the early part of his career. As a young person of color trying to break into the cutthroat world of entertainment, rocking the boat was something that might have harmed his career. But once he realized that he was more passionate about others than he was about himself, he found his unique voice.

“For a long time, I was sort of nervous about being outspoken and about hurting my own career, but I realized that I didn’t care if it hurts my career,” said Talai. “It’s more important to do the right thing.”

There is no shortage of opinions on issues of race in the current political climate, and in today’s day and age, where everyone has a platform to share and often scream their thoughts, people might be missing out on one of the most important parts of any conversation – listening. That is something Talai hopes “An Octoroon” can bring back.

“We need to listen when spoken to and listen the first time. We make people repeat it a bunch of times, and then ask them to repeat it some more. If we took marginalized people at their word sooner, we could move on to the actual work of equal rights.”